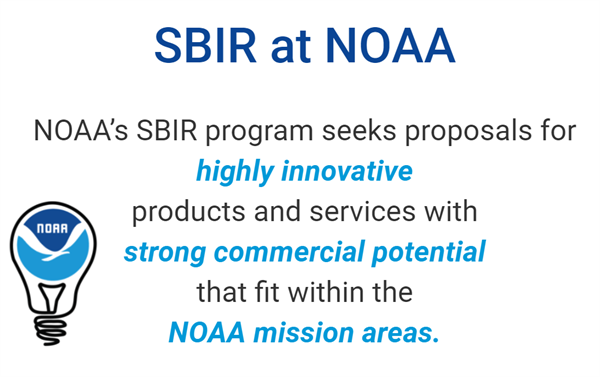 On November 16, 2021 the National Oceanic and Atmospheric Administration (NOAA) issued its Fiscal Year (FY) 22 Phase I Notice of Funding Opportunity (NOFO) for the Small Business Innovation Research (SBIR) program. NOAA Phase I SBIR awards provide up to $150,000 with up to a six (6) month period of performance for conducting feasibility and proof of concept research with a tentative award start date of August 1, 2022. NOAA encourages proposals from qualified small businesses for highly innovative technologies with strong commercial potential that fit within the NOAA mission areas.  To be eligible to submit a Phase I application, small businesses must submit a required Letter of Intent via this form by December 13, 2021 at 11:59 pm (ET). In response to submission of the Letter of Intent, the NOAA SBIR program will provide feedback indicating if an application is likely to be nonresponsive to the NOFO. Instructions for submitting the Letter of Intent are available in the Notice of Funding Opportunity. Full applications for Phase I must be submitted through grants.gov by February 18, 2022 at 11:59 pm (ET). Topics for the NOAA FY 2022 SBIR Phase I Solicitation include:9.1 Climate Adaptation and Mitigation9.2 Weather-Ready Nation9.3 Healthy Oceans9.4 Resilient Coastal Communities and Economies Additionally, NOAA gives high priority to proposals developing technologies that integrate any of the NOAA Science & Technology Focus Areas, which include Uncrewed Systems (UxS), Artificial Intelligence, Data and Cloud Computing, ‘Omics, and Citizen Science. NOAA FY22 SBIR Phase I Notice of Funding Opportunity Webinar An informational webinar to discuss the Notice of Funding Opportunity and application process for the NOAA FY22 SBIR solicitation will take place on Thursday, November 18th at 2:00 pm (ET). The webinar will include an overview of the FY22 competition and an opportunity for attendees to ask questions. Questions can be submitted in advance to noaa.sbir@noaa.gov with the subject “NOAA FY22 SBIR NOFO Webinar”.  Register by clicking HERE.The webinar will be recorded and posted on the NOAA SBIR website: https://techpartnerships.noaa.gov/SBIR/current_opportunities Key Dates Monday, November 16, 2021: Notice of Funding Opportunity releasedMonday, December 13, 2021: Letter of Intent (required) due dateMonday, January 10, 2022: Letter of Intent feedback providedFriday, February 18, 2022: Full application due date For questions or additional information, contact the NOAA SBIR Program at noaa.sbir@noaa.gov or follow us on Twitter @NOAAinnovate. 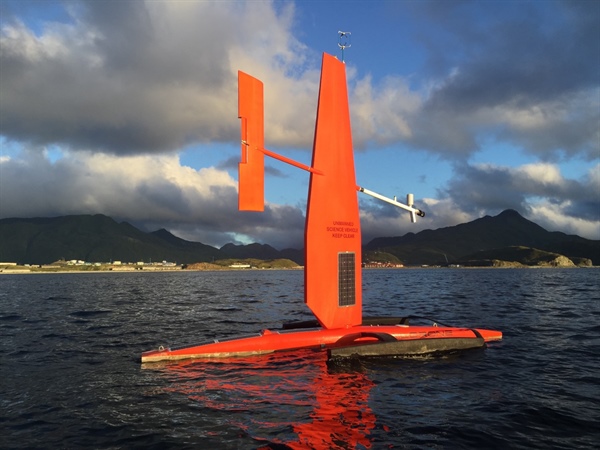 Protecting and exploring our global ocean is a huge job: It covers more than 70 percent of Earth’s surface. Cutting-edge technologies help us dive deeper, gather more ocean data and solve some of its biggest challenges.

Here are 5 innovative high-tech tools borne from NOAA’s partnerships with the fishing industry and technology companies large and small. 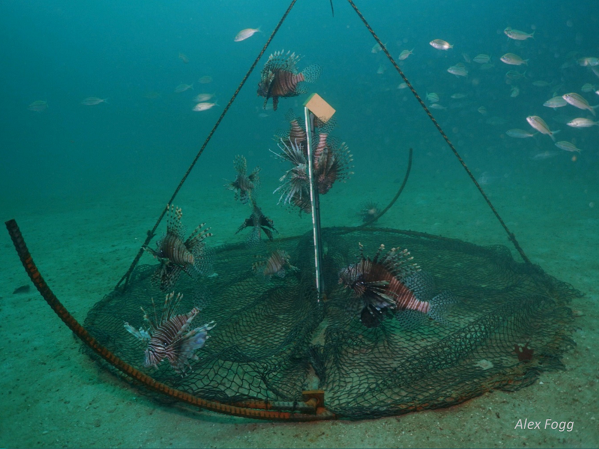