Three small businesses funded by the NOAA Small Business Innovation Research Program were selected to showcase their innovative technologies at the inaugural America’s Seed Fund Startup Expo on May 25, 2022. The Startup Expo, hosted by the U.S. Small Business Administration Office of Investment and Innovation, will feature presentations from 12 U.S.-based entrepreneurs who have developed impactful technologies using federal SBIR/STTR dollars.

NOAA plans to expand its research in the Great Lakes region as the agency teams up with the travel company Viking to carry scientists aboard new expedition voyages planned to begin in 2022. As part of the Cooperative Research and Development Agreement, NOAA scientists will join Viking expeditions in the Great Lakes to conduct research focused on changes in the region’s weather, climate, ecosystems and maritime heritage resources. NOAA scientists will also serve on the Viking Scientific Advisory Committee. Read the Full Story –> 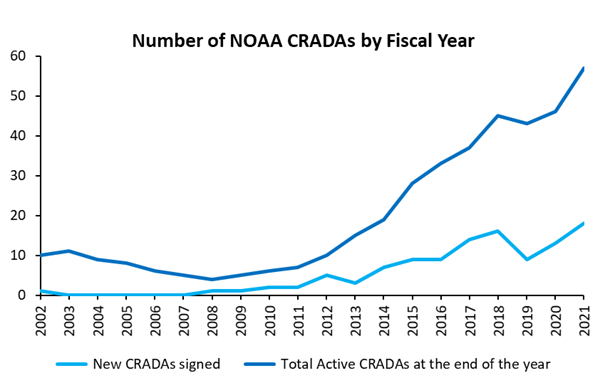 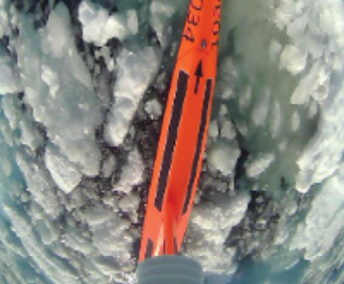 Exploring the Pacific Arctic Seasonal Ice Zone With Saildrone USVs More high-quality, in situ observations of essential marine variables are needed over the seasonal ice zone to better understand Arctic (or Antarctic) weather, climate, and ecosystems. To better assess the potential for arrays of uncrewed surface vehicles (USVs) to provide such observations, five wind-driven and solar-powered saildrones were sailed into the Chukchi and Beaufort Seas following the 2019 seasonal retreat of sea ice. They were equipped to observe the surface oceanic and atmospheric variables required to estimate air-sea fluxes of heat, momentum and carbon dioxide. Some of these variables were made available to weather forecast centers in real time. Our objective here is to analyze the effectiveness of existing remote ice navigation products and highlight the challenges and opportunities for improving remote ice navigation strategies with USVs. We examine the sources of navigational sea-ice distribution information based on post-mission tabulation of the sea-ice conditions encountered by the vehicles. The satellite-based ice-concentration analyses consulted during the mission exhibited large disagreements when the sea ice was retreating fastest (e.g., the 10% concentration contours differed between analyses by up to ∼175 km). Attempts to use saildrone observations to detect the ice edge revealed that in situ temperature and salinity measurements varied sufficiently in ice bands and open water that it is difficult to use these variables alone as a reliable ice-edge indicator. Devising robust strategies for remote ice zone navigation may depend on developing the capability to recognize sea ice and initiate navigational maneuvers with cameras and processing capability onboard the vehicles. View/Download Paper Andrew M. Chiodi, Chidong Zhang, Edward D. Cokelet, Qiong Yang, Calvin W. Mordy, Chelle L. Gentemann, Jessica N. Cross, Noah Lawrence-Slavas, Christian Meinig, Michael Steele, Don E. Harrison, Phyllis J. Stabeno, Heather M. Tabisola, Dongxiao Zhang, Eugene F. Burger, Kevin M. O’Brien and Muyin Wang