Technology that is related to Oceans, Coasts, and Great Lakes. 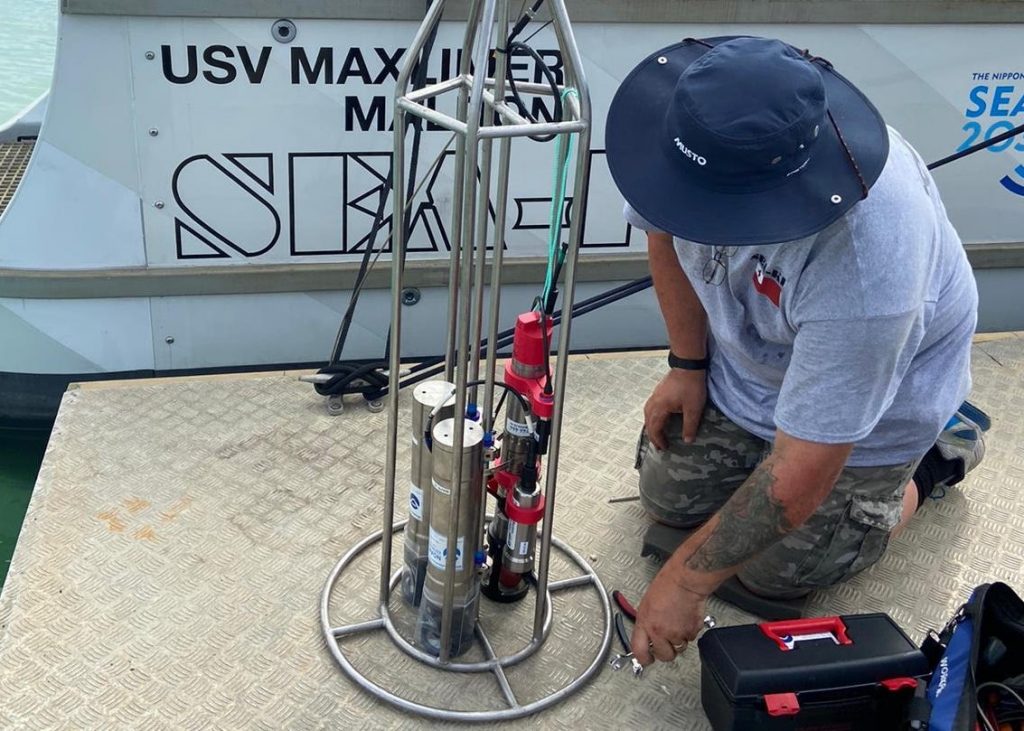 As part of the ongoing Tonga Eruption Seabed Mapping Project, a team of scientists conducted a deep-water survey to better understand the impacts of the January 2022 Hunga Tonga-Hunga Ha’apai volcanic eruption on the ocean environment. The research team used a technology developed by NOAA’s Pacific Marine Environmental Lab (PMEL) to determine the level of ongoing volcanic and hydrothermal activity within the post-eruption caldera. The Miniature Autonomous Plume Recorder (MAPR) instruments made it possible for scientists to capture direct measurements of the water column up to 300 meters deep. This is the first time that such a survey has been conducted entirely remotely, using an uncrewed surface vessel that was operated and monitored by engineers and scientists located across the globe. Learn more about this PMEL mission and NOAA’s technological innovation effort.  A SeaKit engineer on the dock in Tonga mounting the PMEL MAPRs onto a specifically designed cage to fit on the USV Maxlimer. Photo Credit: Sea-Kit International/NIWA/Nippon Foundation 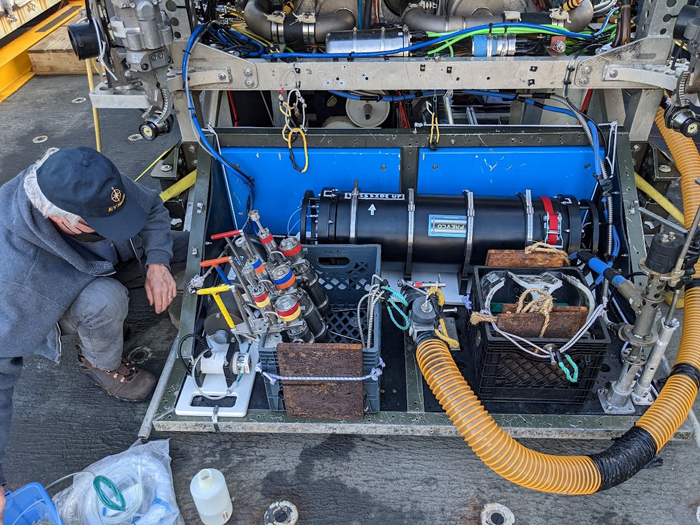 NOAA Pacific Marine Environmental Lab, University of Washington, and OptoKnowledge Systems, Inc. (OKSI) successfully conducted the first deep water test of a new methane analyzer. This instrument can collect data that will improve scientists’ understanding of carbon cycling, greenhouse gasses, and sub-seafloor chemosynthetic reactions. The methane analyzer was developed by OKSI with initial funding from the NOAA SBIR Program and has since transformed into a Phase III collaboration. Read the full story 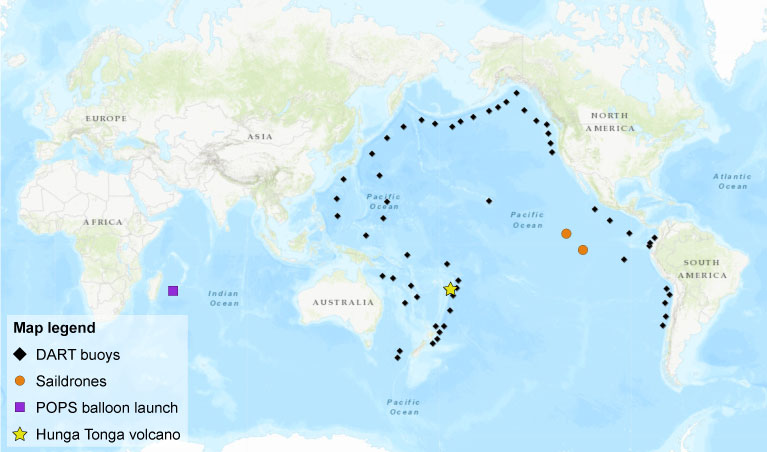 When a volcano in the South Pacific Ocean erupted in January 2022, NOAA researchers were well-equipped to study the multi-hazard event by sky and by sea. Key technologies and strategic partnerships made it possible for NOAA to issue warnings that saved lives around the world, while also collecting scientific data that will improve forecasting models and disaster response for future events.